VR, AR and robots to be mainstream in a few years, CES panel claims

A panel of robotics, VR and AR experts think these new technologies presently occupy a place in their evolution similar to that of personal computers in the 1970s. 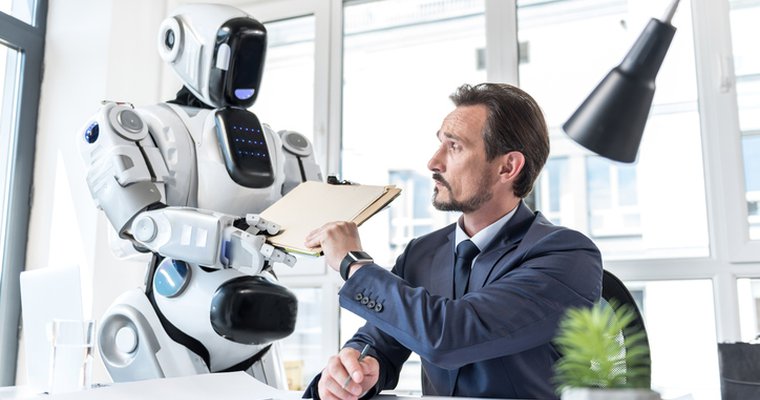 How close are virtual reality, augmented reality and robots to being "mainstream?" Experts on a panel at the recent CES show in Las Vegas compared the current status of these technologies to that of personal computers in the 1970s. Meaning that in the foreseeable future, robots could be doing a lot of our everyday tasks — at home and at work.

The panelists assessed VR, AR and robots as mostly confined to the toy industry at the present time, and still undergoing a lot of testing. Like the PC industry before it, today's AR, VR and robot innovators are mostly small companies in need of capital, direction and committed leadership.

Beyond toys, she said there is also a lot of new technology focus at the present time on assistive products, particularly among big brands.

McCabe thinks VR is five years away from becoming mainstream.

As for robotics, Ian Bernstein, founder of Misty Robotics, noted that in the 1970s, Apple took its time selling PCs to the consumer market. Before Apple could market PCs to consumers, software had to be written to enable people to use them.

"I think we're in that phase of robotics," said Bernstein, who estimated it will take three or four years before there are enough apps written for robots to be useful to consumers. He said consumers are just becoming familiar with Amazon Echo and voice interaction.

"It's pretty incredible the context you can give the robot today," said Bernstein, in observing that the technology is arriving in concert with other new capabilities, like navigation, computer vision and cloud services.

Bernstein, who estimated there are presently more than 3 million consumer robots in use today, anticipates multi-purpose, self-serve robots will be commonplace in homes and workplaces.

One of the panelists believed VR brings forth new connections for humans.

"It's a new paradigm in terms of human/computer interaction," said Tony Mugavero, founder and CEO of Littlstar, which creates content for VR games. He said the PlayStation VR is changing human behavior.

Schools and governments are already studying how to integrate VR, said Mugavero, who compared VR's evolution to that of panoramic photography, which was first designed for the real estate industry before finding its way to education, training, architecture and entertainment.

How long will the evolution take?

How long it will take the new technologies to evolve largely rests on the designers' and manufacturers' abilities to deliver products that meet peoples' needs, the panelists agreed.

This led to a discussion about the challenge of sufficiently testing products and at the same time being able to deliver them at an acceptable cost.

"You have to do a lot of work to get that right," said Silas Adekuule, CEO of Reach Robotics, a company that makes robots that incorporate AR. Adekuule said it took him four years to create his product, get it to market at the right time and the right way, and secure the necessary funding. He said there is no book or school to teach you how to be an entrepreneur.

While an inventor must get consumer feedback before completing their project, Adekuule said they can't expect to spend eternity in pursuit of the perfect product.

"It's good to get the product out there early and get early feedback," Bernstein agreed.

For designers and manufacturers to succeed in delivering new technology, they must persevere and believe in themselves, Mugavero said.

Adekuule said technology entrepreneurs should support each other morally, which is why he make sure never to discourage his colleagues.

"Whatever happens, you can survive it," McCabe said.

Bernstein said the technology costs eventually come down over time, but there are also mechanical aspects that add costs to robots. Eventually, Bernstein predicted, the robot that does the mundane tasks will be the big purchase for the family.