Digital photography allows visitors at tourist attractions to view their photos on digital monitors. Facial recognition kiosks allow them to choose and print the pictures automatically. 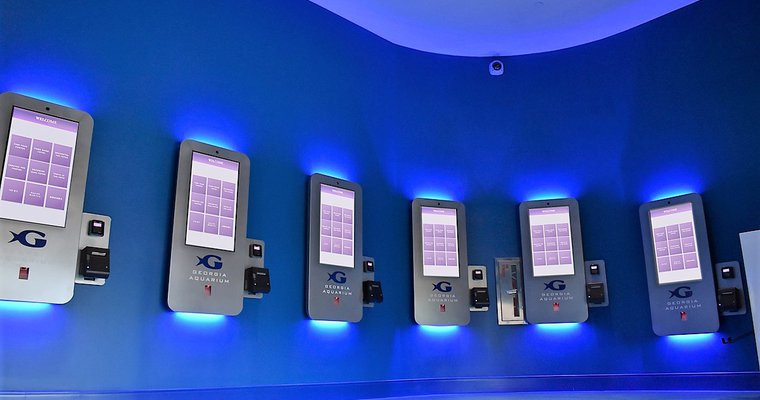 What's the one thing you're sure to do on your next vacation?

Take pictures, of course. Collecting memories of those special moments are even worth waiting in line for to see the pictures that the not-always-polite attendants took of you and your family, right?

Kemal Arin, a 30-year veteran of the photographic concessions business, has a better idea.

Instead of making people wait to see their pictures, he's giving them the chance to view the pictures at a kiosk, select the ones they want and print them on the spot. No wait and no hassle.

Arin, founder of Showtime Pictures, based in Orem, Utah, believes the photographic concessions industry is on the verge of a new chapter, thanks in no small measure to facial recognition kiosks.

A new era in photographic concessions

Prior to introducing facial recognition kiosks at the Empire State Building a little more than a year ago, Arin oversaw "boatloads" of film when processing pictures for guests at the various tourist destinations his company serves. Once the pictures were printed, his staff displayed them on walls where guests could view them and select the ones they wished to purchase. The operation was very paper and chemical intensive.

"For many years, that was the business," Arin told Kiosk Marketplace. "It's more automated now with the kiosk systems."

Arin got the idea for the kiosks when he noticed what Walmart and Target were doing with retail payment kiosks. He reasoned that he, too, could use technology to streamline his operations.

The Empire State Building, a 19-year client of Arin's, was an instant success for the new system.

"They loved it," he said. "The customers are very, very attracted to the kiosk. This was an incredible upgrade in comparison to what everybody else had."

The customers can pay for the pictures right at the kiosk, eliminating the need for cashiers. It saved 20% of the labor cost.

"It literally doubled the sales overnight," Arin said. "It reduces the time of trying to find a needle in the haystack. Instead of trying to pull the pictures out of a huge stack of pictures, we're now able to put them right in front of them, There is no employee involved whatsoever. We instantly deliver the pictures to the customer."

In addition, "We can offer the customers multiple different backdrops," he said.

The kiosks have created a revolution that gives the customer full control of printing the pictures.

Now the DNP printers, which attach to the kiosk, print the pictures automatically.

"You don't have to (manually) print the pictures anymore," he said.

In one year, Showtime Pictures installed the kiosks at most of its customer locations.

His most recent project will be his largest: the Georgia Aquarium in Atlanta, once new construction is completed. He currently has 24 kiosks at the facility and will be adding another 12. There will also be a dedicated satellite gallery at the Georgia Aquarium.

Arin's software handles all the functions on the kiosk — the scanner, webcam (facial recognition and AI), printer and payment device, said Asa Moran, an account executive at Frank Mayer and Associates, which provided the kiosk hardware for the Georgia Aquarium.

"Ensuring the kiosk was ADA compliant was the biggest mechanical design challenge," Moran told Kiosk Marketplace. "Since this was a new construction, Frank Mayer and Associates had to coordinate with multiple stakeholders to get the design just right. This included getting the downward facing angle of the camera just right so that we could capture all guests at the correct height."

All visitors are asked to have their pictures taken at the museum's entrance by Arin's employees. The staff person gives them a photo ticket after taking their picture.

"If they don't want to have a picture taken, they don't have to take it," Arin said.

The employees' camera automatically uploads the images to a cloud server. The kiosk software then pulls the files from the cloud. The visitor is then able to see the pictures on the kiosk screen.

The facial recognition camera in the kiosk captures the tourists' faces when they look at the kiosk screen. The kiosk immediately matches the person's face to the digital pictures that have been filed in the system. The kiosk then displays the visitor's pictures and allows them to select the ones they want.

The visitor then pays for their pictures at the kiosk using a credit card, mobile payment or cash at the cashier station. About 90% use credit cards.

"These kiosks basically take away that environmental damage that the old photo concessions were doing," Arin said.

Arin's crew can monitor all of the activity of the kiosks, which are hard wired, in real time.

"We can monitor the sales instantly," he said. "Finally we can control the business and make necessary adjustments during the day. It's almost like being a coach in a basketball game."

"Everybody in our industry will have to do kiosks," he said.

INCLUDED IN THIS STORY