ATMs: The next generation

ATMs: Can they go cashless?

ATM operators are beginning to feel the heat as cashless tech is continuing to advance. Can ATMs offset these losses by adopting cashless solutions? 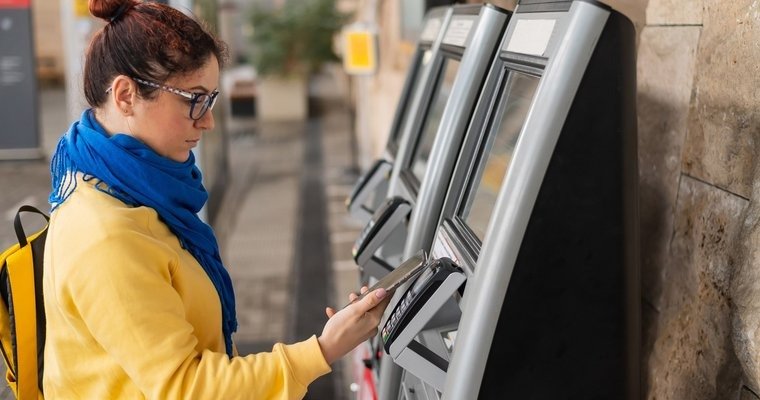 (Editor's note: An earlier version of this article ran on ATM Marketplace, a Vending Times and Kiosk Marketplace sister publication.)

ATM operators are beginning to feel the heat as cashless continues to expand. Can ATMs offset these losses by adopting cashless solutions? Lawrence Dunnwald, CEO of Mobilemoney, an ATM provider, and Ian Starnes, CTO of Mobilemoney addressed this issue during a session at the recent ATMIA conference in Orlando, Florida.

Starnes said that while many have blamed cashless trends on COVID, cash usage has been going down and cards and other methods have been going up since before COVID.

Dunnwald said he has seen this occur in many ways. First, the company has had to sell ATMs for cheaper prices than ever before, while commissions for merchants are rising. In addition, many businesses such as events and airports are beginning to go cashless.In particular, Dunnwald said the concert Lollapalooza eventually told Mobilemoney to remove its ATMs, as people were not using the machines due to the proliferation of RFID wristbands that allow customers to tap and go for payments.

With all this being said, Dunnwald asked the question, "Is this ATM global warming?"

The solution to this issue may be for ATMs to adopt cashless technologies.

Starnes said one example would be the "reverse ATM," where customers put cash into the ATM and receive a prepaid debit card in return.

"By taking our existing ATM footprint and by putting this in, we were shocked by how well they were doing," Starnes said.

Another opportunity would be video game terminals. These machines, which are used for gambling, are traditionally cashless, but ATMs can work with these machines in particular ways.

Dunnwald said these terminals could deliver QR codes which customers could then take to the ATM and redeem for cash.

The speakers identified other potential use cases for ATMs, such as utilizing ATMs in restaurants as self-service checkout kiosks that can accept cash or by integrating with loyalty cards so customers can add cash to loyalty cards.

In order to make all of these ideas work, Dunnwald said ATM operators need to move towards the "universal ATM": a device where customers can pick and choose what they want to put on the ATM.

"We see a kiosk or ATM or sidecar that has adaptable parts. You can use different types of dispensers and pick and choose what you would like to accept based on the opportunity at hand," Dunnwald said.

Ultimately, Dunnwald said it all depends, "How do you adjust and how do you pivot?"

The panelists emphasized that the ATM isn't going away and cash is still king. But ATMs need to adjust to meet the demand for cashless technologies.

Bradley Cooper is the editor of ATM Marketplace and was previously the editor of Digital Signage Today. His background is in information technology, advertising, and writing.

ATMs: The next generation