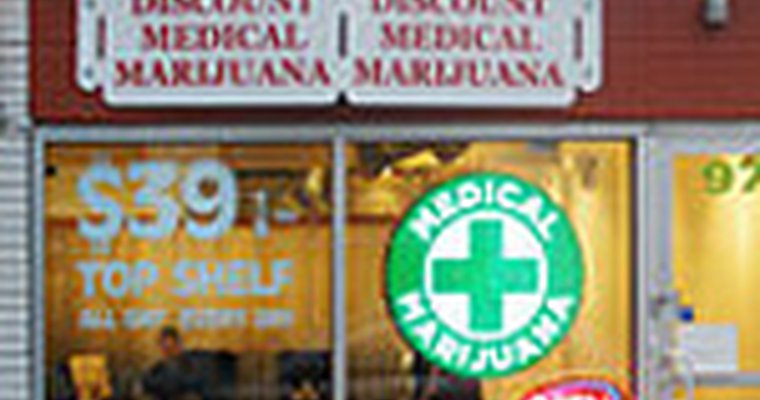 The continuing push toward legalization of marijuana for both recreational and medicinal purposes is creating new business opportunities for kiosk vendors.

Because of Federal U.S. anti-money-laundering legislation, banks and credit unions have proved unwilling to provide banking facilities and card acceptance services to medical marijuana dispensaries and legal recreational marijuana stores. This has forced marijuana stores and dispensaries to deal solely in cash, leading to the risk of diversion, theft and human error.

"The supply of kiosks and POS software for the recreational and medical cannabis industry is definitely a hot area," according to Troy Dayton, CEO of Arcview Group, which runs the Arcview Investor Network of high-net-worth investors in cannabis-related businesses. "We've seen a lot of pitches to our investors from payments-related companies."

"I think there will be a lot of companies offering medical marijuana payment kiosks in the U.S.," C4EverSystems founder and CEO Mark Goldfogel said.

"In February 2014, the federal government said that it is acceptable for banks to accept money from cannabis businesses under certain specific guidelines," Goldfogel said. "However, because cannabis is still illegal at the federal level, most banks won't take the risk of providing banking and card acceptance services to cannabis stores and dispensaries. They just don't want to touch cannabis money."

Some federal laws are going to have to change before the U.S. banking industry will be prepared to offer banking services to cannabis businesses, according to Matt Cook, a medical marijuana legislation consultant and COO of Agrisoft Development Group. "These include the RICO (Racketeer Influenced and Corrupt Organizations) Act and the Continuing Criminal Enterprise Statute (also referred to as the CCE or Kingpin Statute), which prohibit financial institutions from handling the proceeds of illegal drug sales. Also, the Controlled Substances Act would have to be altered to remove cannabis from the list of Schedule 1 controlled substances."

Medbox announced in March 2014 that Mitch Lowe, the co-founder of Netflix and former president of Redbox, had joined the Los Angeles-based firm's board of directors.

"Medbox's kiosks are installed behind the counter and are operated by the staff," Medbox CEO Dr. Bruce Bedrick said. "The kiosks are integrated with the dispensary's POS system and dispense medical marijuana after the patient has been authenticated through a fingerprint scan. They store information about each transaction in compliance with state medical marijuana regulations."

Unlike Medbox, C4EverSystems' kiosks are designed to be operated by customers, and do not dispense marijuana. The company licenses kiosk technology from another firm that manufactures and distributes kiosks to the government, municipality and prison markets, Goldfogel said. "These kiosks are PCI (Payment Card Industry)-compliant reverse ATMs which accept cash deposits as well as card payments."

Currently, due to the lack of card acceptance by marijuana businesses, C4EverSystems' kiosks only offer cash payments, Goldfogel said.

C4EverSystems' kiosks integrate with medical marijuana seed-to-sale tracking systems from firms such as Agrisoft, BioTrack THC and Adilas.biz. These systems enable marijuana businesses to track their inventory from the earliest stage of cultivation through to sales to end-users, and include POS and patient registration capabilities. "State regulations require legal marijuana businesses to track their plants at every stage," Cook said.

Goldfogel said C4EverSystems' kiosks are designed to comply with the guidelines established by the federal government for banks willing to do business with marijuana dispensaries. "Instead of paying a dispensary employee at the counter, patients deposit cash in one of our kiosks," he said. "The cash is locked away in the kiosk's secure safe so that it can't be stolen. The kiosk checks for counterfeit notes and verifies the identity of the purchaser against the registered medical marijuana patient database for that state. Each of our kiosks includes a built-in camera which photographs patients paying for their cannabis prescription."

Other benefits of using the kiosks include financial transparency, accurate accounting and 100-percent collection of taxes due to the state, Goldfogel said.

According to Goldfogel, some dispensaries handle up to $20,000 a day in cash. "It takes a long time to manually count this amount of cash, while a kiosk automatically counts everything that is deposited in it" he said. "Cash can be collected from the kiosk by a security company and deposited at the dispensary's bank, or, if the dispensary doesn't have a bank account, at a secure location."

"Using a kiosk to process and store cash definitely reduces the risk of theft, which will bring down a marijuana dispensary's insurance premiums," said Dayton, who is a co-founder of medical cannabis industry insurer Cannasure Insurance Services.

One solution that some medical marijuana dispensaries have adopted to reduce the cash in their premises is to install ATMs, Dayton said. "They get their customers to withdraw cash from their ATM to pay for their purchases, and then they recycle the cash back into the ATM," he said.

In March 2014, Agrisoft announced that it would be conducting beta trials of its seed-to-sale tracking and point-of-sale software integrated with white-labelled C4EverSystems kiosks in a number of Colorado marijuana dispensaries. Kansas City, Mo.-based Agrisoft is inviting dispensaries to apply to participate in the pilot, which is limited to the Greater Denver area.

Agrisoft said that, when customers enter a dispensary participating in the pilot, their authorization to make a purchase is verified and they are given a bar-coded receipt. They then place their order at a retail counter or a point-of-sale order tablet where their barcode is again read. Finally, they proceed to the kiosk to make their cash payment, after which their order is fulfilled by a dispensary employee.

Goldfogel said that, as at March 2014, C4EverSystems doesn't have any banks or credit unions signed up to participate in the pilot. "We are holding discussions with banks and credit unions, and are confident we will have a relationship with some financial institutions within the next few months," he said. "Because our positioning is to guarantee to meet banking requirements now and as they are modified in the future, we are sure banks or credit unions will see the benefit of using our services."

Agrisoft CEO Charles Ramsey said the company, which was founded in March 2013, has a kiosk partnership with C4EverSystems. "Agrisoft has sold over 100 software licenses in the 20 states that allow medical marijuana," he said. "We've also signed up several hundred provisional licensees in the states that are considering allowing medical marijuana, for example Illinois and Nevada. There's a lot of interest in Nevada in medical marijuana kiosks, and I think Nevada will be a big market for Agrisoft."

Dayton said that the Arcview Investor Network has so far invested $7 million in cannabis-related startups. "I estimate that in 2014 the legal recreational and medical marijuana industry will grow by 68 percent from $1.53 billion in 2013 to $2.57 billion," he said.

The Arcview Investor Network is seeing significant growth in membership from investors who want to be in at the start of what Dayton claims is America's fastest growing industry. "We now have 160 members, up from 35 in January 2013," he said.

Image courtesy of: O'Dea at WikiCommons [CC-BY-SA-3.0 or GFDL], via Wikimedia Commons