David Gibbs, president and chief operating officer of KFC’s parent company, Yum Brands, said the goal is to have 5,000 restaurants with kiosks by 2020. 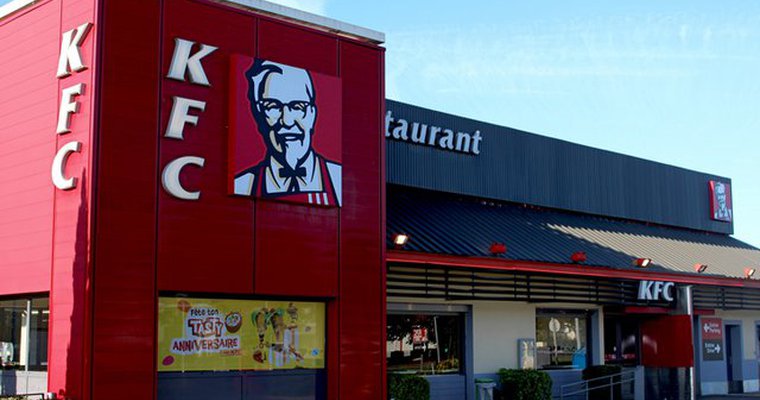 KFC will become the next major restaurant chain to get on the kiosk bandwagon. David Gibbs, president and chief operating officer of KFC's parent company, Yum Brands, said during Thursday's earnings call that the goal was to have 5,000 restaurants with kiosks by 2020.

Taco Bell, which is also owned by Yum Brands, announced one of the largest kiosk rollouts in late 2017, as part of its All Access initiative. Other restaurant chains that have rolled out kiosks include McDonald's, Panera Bread, Wendy's, Subway, Dunkin' Donuts and Johnny Rockets.

While a number of foreign KFC franchisees have introduced kiosks in recent years, last week's earnings call marks the first announcement from Yum Brands concerning plans for KFC kiosks. Yum Brands officials did not go into detail about the kiosk initiative. A spokesperson for KFC's U.S. organization told Kiosk Marketplace via email that the initiative is global in nature but did not offer further comment.

"We are continuing to make it easier for our customers to enjoy original recipe through the continued rollout of click and collect kiosks and delivery," Gibbs said during the earnings call. "Our goal is to have 5,000 restaurants with kiosks and over 70 percent of our restaurants offering delivery by 2020."

Just as promising, he said, these enhancements are occurring at the same time the company's franchisees upgrade and modernize existing assets.

As early as 2008, a U.K. KFC franchisee tested self-serve kiosks, according to The Retail Bulletin.

In 2012, five kiosks were deployed in New Delhi and Bangalore, India, in KFC and Taco Bell stores.

In November of 2017, four wall-mounted ordering kiosks were installed at a U.K. KFC, according to Celestra, a U.K. based IT services provider involved in the installation.

Armrest, a restaurant operator throughout Central and Eastern Europe, teamed with a U.K. based technology provider called ribot to develop a self-ordering kiosk for 500 KFC restaurants, including 220 in Poland, according to an undated post on the ribot website.

As of press time, Yum Brands had not returned calls from Kiosk Marketplace.